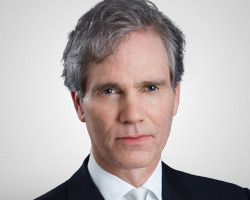 Jay Sugarman is the chairman and CEO of iStar, Inc. & Safehold, Inc. He has served as a director of iStar Inc. (and its predecessor) since 1996 and CEO since 1997. Prior to forming iStar Inc., and its predecessors, Mr. Sugarman managed private investment funds on behalf of the Burden family (a branch of the Vanderbilt family) and the Ziff family. He received his undergraduate degree summa cum laude from Princeton University, where he was nominated for valedictorian and received the Paul Volcker Award in Economics, and his MBA with high distinction from Harvard Business School, graduating as a Baker Scholar and recipient of the school's academic prizes for both finance and marketing.

Join Jay Sugarman in this fascinating keynote as he reveals the one investment secret that geniuses spanning centuries have known. He shares valuable wisdom and timely lessons learned based on his experience investing over $40B through four decades of economic cycles.