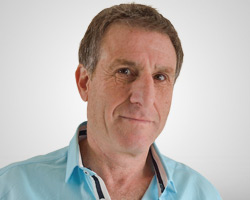 Benj Gallander has been investing in stocks for almost 40 years and is the president of Contra the Heard. Normally, at least half of his portfolio is in the United States with the rest in Canada. Mr. Gallander is renowned for his column in Canada's national newspaper, The Globe and Mail, which features his contrarian take on stocks and broader issues for investors. He regularly appears on The Business News Network, has dazzled on CNN, and his by-line has also been seen in Bloomberg, Canadian MoneySaver, and numerous other publications. Mr. Gallander's bestselling books include The Uncommon Investor, The Contrarian Investor's 13, and The Small Business Survival Guide. He is also a highly sought speaker.

Being a less active trader and thinking in an out-of-the-box manner can almost assuredly improve your returns. That is how Benj Gallander have achieved an annualized return of 18.4% over the last 15 years. During this session, he will discuss his methodology and suggest some of his favorite picks.