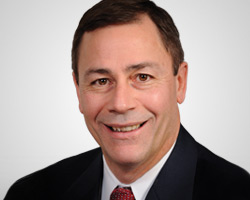 Brooke Thackray became a Research Analyst with Horizons ETFs Management (Canada) Inc., in 2009 and joined the team responsible for the management of the Horizons Seasonal Rotation ETF (HAC). He has over 15 years of investment-related experience, and has written and published several books, including the annual Thackray's Investor's Guide series. Previously, Mr. Thackray served as an investment advisor at major brokerage firms, including TD Waterhouse and RBC Investments. He has an MBA from York University and holds the Canadian Investment Manager (CIM) designation.

The US presidential election can be a polarizing event for voters and historical data shows that it can be for the stock market too. Join Brooke Thackray, research analyst at Horizons ETFs, as he explores the seasonal investing trends surrounding US presidential elections including the impacts on US and Canadian markets, historical highs and lows of the period, how a Democrat or Republican win could impact the market, and how investors might take advantage of the trend in their portfolios.